The Guild of Eternal Shadow and their leaders were defeated on October 23rd, 2016.


For far too long, the Guild of Eternal Shadow sat quiet. With the fall of House of Baths and Heftimus McPry's clan, it was only time until the Guild stepped forward. 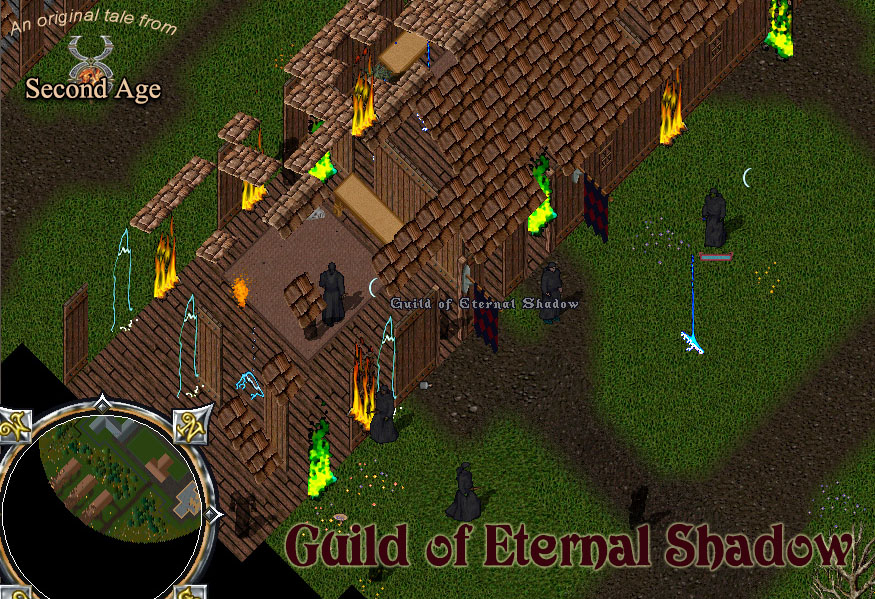 This is UOSA's next active world event and will require the citizens of Britannia to unravel the story. Many clues can be found in the city of Britain.

Exploration Tips:
Content in the posts marked above ("Chapters") include relevant storyline pushes or staging. In your searches, if you see a blood red banner called "Guild of Eternal Shadow" you're somewhere that relates to this quest.

Talking NPCs often have keywords they will respond to. The education system in Britannia is far from great, as a result, these NPCs can get "confused" when too many players are standing next to them in groups saying random trigger words, so if you are having trouble advancing, have everyone reset their distance from the NPC (run at least 5 tiles away from the NPC).
Eat. Sleep. Ultima.
Top So great to have you back at the helm Boomland!
"Terrifying vegetarians everywhere"
Top

Don't have time to screenshot anything, but interested parties might want to check out the blacksmith shop at Lord British's castle, the Miner's Guild in Britain, the theater, and then the watch tower at the southeast end of the city.
Top

Jalopy and I found some "Guild of Eternal Shadow" Banners on the mage towers in Shame. Also a Book explaining a little bit about them along with a Shard of the Gem of Immortality.

Boom, with whom do I submit my application to join the Eternal Shadow guild. Sounds legit
PM on Discord - Nordic-IceMonkey
Top

This being my first event, super excited thanks Boom, please excuse my formatting on this post.


First signs of the Eternal Shadow were spotted near the West Britain bank. Free loots laying around but impossible to pick up! Followed the trail of body parts, entrails and blood to some doper guard's head. Hard to see in the picture but it's apparent this guard has been smoking a little too much of the green stuff. Looking around for a roach, some crazy dude with a rusty brown dagger tries to give me tetanus.

Kyren starts talking about his magical blade. Apparently this blade is really powerful, to the point that your head turns green. He's trying to buy all buy up the rest some legendary dudes product and I'm thinking I need to get my hands on some of this stuff!

Start searching around for a legendary smith and found Leo the Legendary Lion chillin at Lord Bees castle. Looked in Triple L's ledger to find out he's last client. Come to find out the King's Men Production Company were the last to purchase a magical dagger.

Head downtown to the local theater and find some guy really paranoid about his script. So naturally, I had to see what was inside. The script gives away the next reefer session location! Score!

So I head out to the boonies to some old guard shack on the east side to find another the party has already started. But alas, I was too late. Everyone had left and there was another dead pothead who happen to conveniently leave a map. Probably to his grown location. Headed out to shame but my camera broke. Maybe someone has the rest.
Top

Boomland Jenkins wrote:
The Internet giveth and the Internet taketh away.

REMEMBER: IF YOU SEE SOMETHING SUSPICIOUS REPORT IT! 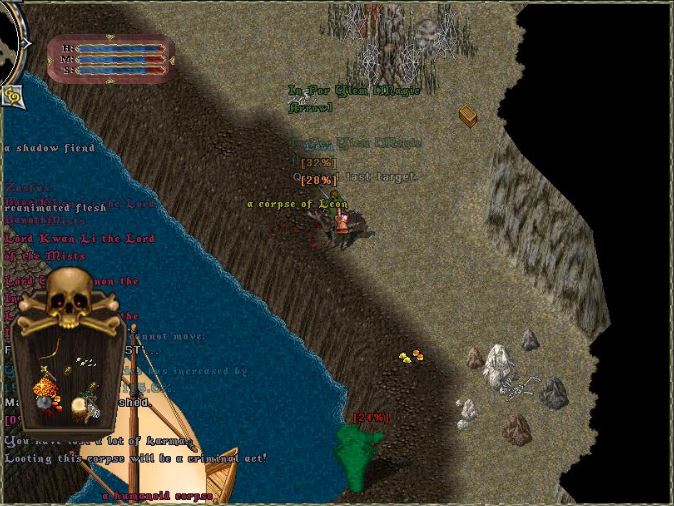 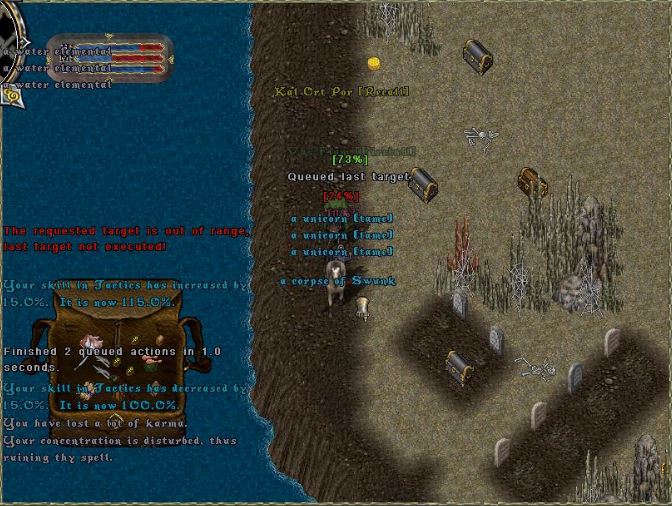 After hearing tales of Jalopy's grim news, I decided it was time to gather up a posse for yet
another adventure! I began where they left off, in the Watch Tower of south-Eastern Britain,
and aimed to follow that marker on the map! A friend and I searched for a good amount of time around that Treasure Map Marker close to
that spot... We thought maybe we should bring some digging equipment since this might be some
buried precious metals left by the mining operation along the mountainsides of the ancient
abandoned mine of Shame. Before we started digging, however, we thought it would be wise to
check inside the dungeon of this area first!

After fighting our way through to the lower levels, we eventually came to the old Mining
Quarters, which to our surprise, was filled with all kinds of evil magiks and their evil
magicians who summoned them. In the entrance area we discovered a book named "Eternal Shadows" as well as a fragment of
the very Gem of Immortality! There were many Eternal Shadow Members inside of this tiny tower, and they had seemed to have
teamed up with those other practitioners of dark magiks! Good thing I got help along the way! After spending some time fighting the many Wizards and Warlocks, we decided to try out these
teleporters they had set up… And found out that they had connected the two mining camp quarters that exist on this level of Shame. The constant battling made it easy to lose yourself in this dungeon! After many attempts to cut through their numbers... Their evil influences had already begun
to attract some nefarious assassins!

Make haste fellow Sosarians, I feel as though this is just the beginning to a much darker
purpose. The longer we wait the more time we give this Guild of Eternal Shadow time to
prepare! Great (and accurate) stories by Jalopy and Anna. The guild has granted a (non-unique) reward to you and any future story tellers (whom push the event storyline via following clues).

At this time, everyone's effort is best spent fighting the Guild of Eternal Shadow in the dungeon of Shame. Prevent their camp from growing outside the halls of the Shame Mage houses.
Eat. Sleep. Ultima.
Top
Post Reply
Jump to