Post your player run event here.
Forum rules
Please make the topic as descriptive and concise as possible. If your event has not been changed to sticky or announce and you would like it to be, please contact a staff member. Announced events, which show up on our main website Must include the event date in the topic title.
Post Reply
20 posts

Recently the amount of evil has been rising throughout the mainland. The roads are unsafe, even out lying towns like Jhelom have been raided and attacked. The guards and civillians in these areas have sent word to the Immortal Lords for additional aid from the murdererous attacks.

Sir Eric Kain has heard these calls and made an order for large amounts of weaponry and supplies be sent to directly to Shadowmire. This task for the creation of these items has fallen on the Merchants of Britannia.

The Mercenaries of Minoc working closely with the Merchants of Britannia have delivered valuable intelligence from their scouts and the interrogation of the infamous Captain Mack the "Bearded Beast." Brigands and pirates have gathered and begun scheming a raid on this mission after a large bounty has been placed on an item the delivery woman is carrying. We expect many of the worlds worst to show up to obtain this prize.

This mission will be dangerous, Lola needs all the help she can get to accomplish her mission. We have offered a large reward to any Britannian that can help her and Smith make the delivery safely.

Who will take up this call?

Lola FitzOwens and the famous Smith will be leaving Minoc on Sunday December 13th 11:30 am est.

Thank you for you help,
Dren on behalf of the Merchants of Britannia

Note: This will be a mainly PvM event with a PvP element. You may die and lose your equipment so come prepared. This mission will take some time to accomplish as no moongates will be used which have been deemed to be potentially unsafe.

Based on the original Iolo FitzOwen's Consignment of Goods.
Last edited by dren on Sat Dec 12, 2015 4:24 pm, edited 6 times in total.
Top

You know I will be there

Escort the pack animal! I'm in!

This trip is expected to be exceptionally dangerous at times. I should know.
Eat. Sleep. Ultima.
Top

Our underground intelligence network has reported that enemies now have gotten their hands on our delivery route. On the advise of Smith in all of his wisdom, we will be sharing Lola's expected delivery route with you all. Our mercenary scouts will continue with keeping us well apprised of the situation. In the case of an impassable area or under special circumstances, the route may be altered further at Lola FitzOwen's discretion.

Bumping this event time up to 11am, hope to see you all there!

Thanks to IL, MoB, and UoH for the contributions to the event which would not have been possible otherwise.

Special thanks to SirEricKain for the surpise donation of half of all the treasures we'll be giving away to participants!!!

Let's get Smith to Shadowmire succesfully and we will give away the *extra* treasures we have stored up for this event!

Thanks also to staff for all their help with this event, extra special thanks to Boomland Jenkins.
Top

Final schedule change: 11:30am. Trying to meet the schedules of all event organizers, thank you.

Please note the objective of this event is to escort Smith and Lola safely to Shadowmire.

Smith should arrive safely to Shadowmire Castle in order to complete the delivery of goods.
Top

uosa44 wrote:The inability for this person to respond in such a crazy manner proves my point.

Thank you so much to everyone involved!

Never been to an event where so much gold was dropped

Boomland Jenkins wrote:
The Internet giveth and the Internet taketh away.

Rick Scraf, Oliver de warren please see me when you get a chance I have some things for you.

I think others have more screenshots. Here's what I was able to snap

Thanks to all who attended throughout the whole event. Thanks also to those who attended the parts that thay were able to attend! Sorry about the schedule changes. It was a fantastic turn out and I had a great time with you all. Please upload any screenshots you may have taken

Smith is good at what he does...

BTW, I would like to note that Smith and the Royal Signet arrived safely in Shadowmire.

Murderers and theives were not able to recover either the genuine item or the faux item! Nice job everyone!!!
Top

Great event. I was only able to attend half, but it was a lot of fun. Thanks guys!
Death smiles at us all, but all a man can do is smile back.
Top

Here starts some more screen shots, I'll write a brief description beneath each.

These are separate from the previous screenshots. I'm cutting the size down on these to make them fit. 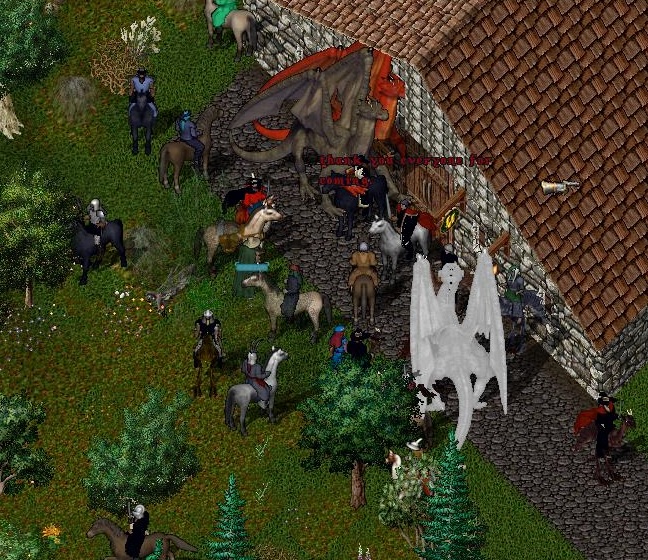 Sir Eric Kain, welcoming most who were there at the beginning to the event. 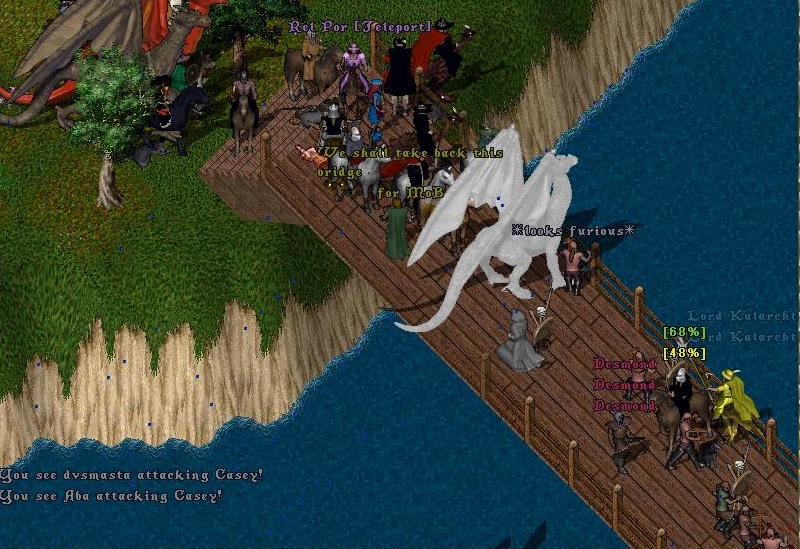 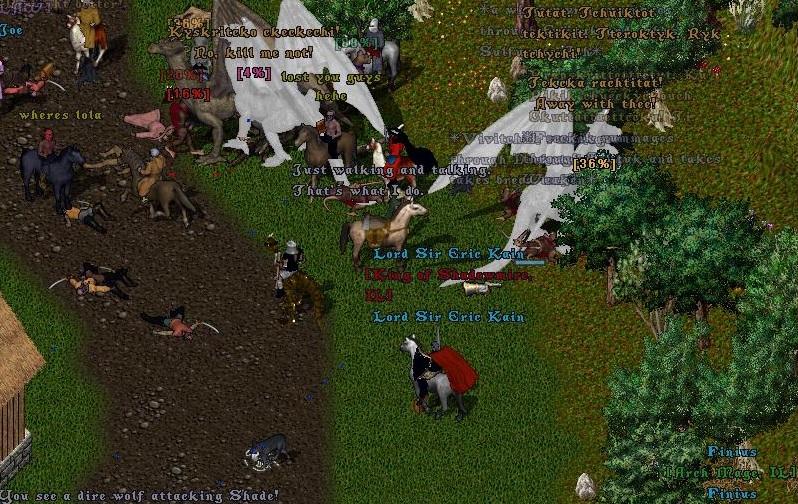 Regrouping on the way to Vesper. While Smith let's us know what he's best at! 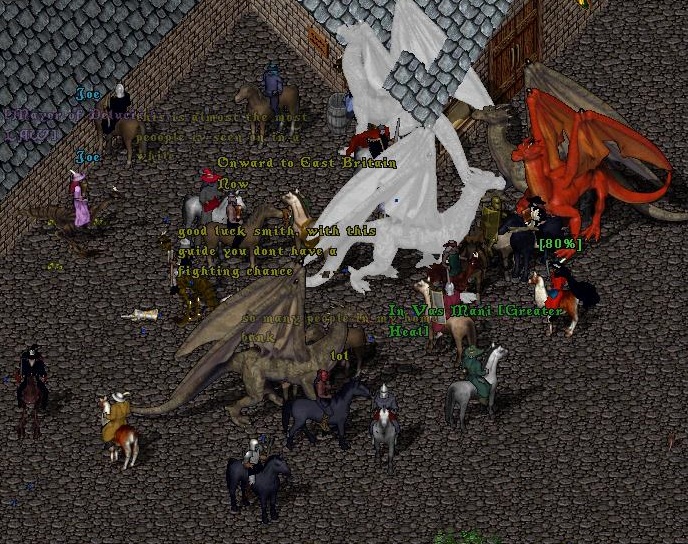 We regroup for our trip to East Britain in Vesper. 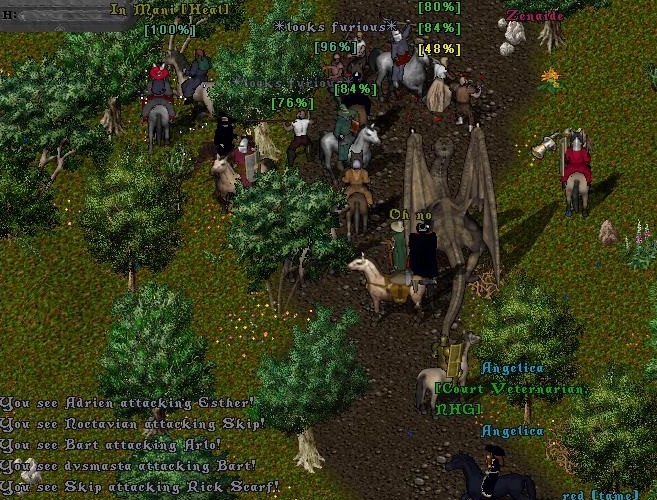 We were attacked by brigands on the way the past Bucs Den gate.

Here we are being attacked by lizardmen matriarchs. Some run ahead and some are lagging behind still fighting brigands. 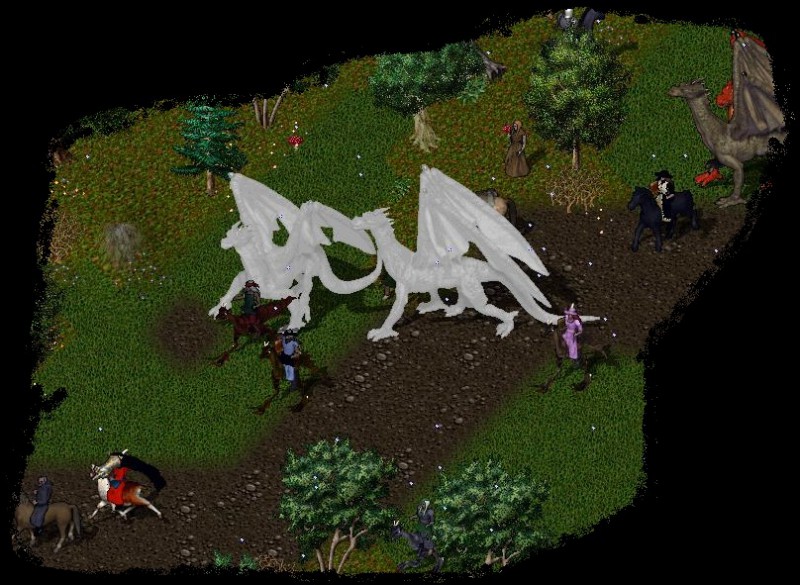 Our group is pretty far spread, and fast moving now past Britain. 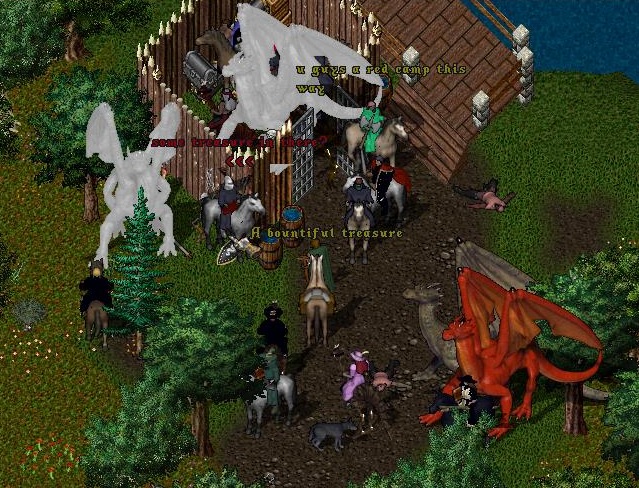 A key is found, an area is opened with a bountiful treasure. 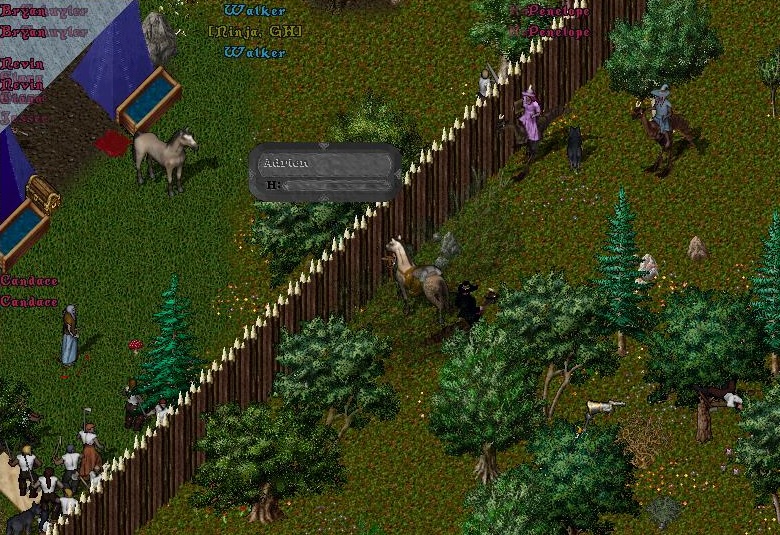 Our group begins to lay seige to the brigand camp to recover additional treasures.
(Theres another door but we can't see it in this shot. This was a very fun part of the adventure.) 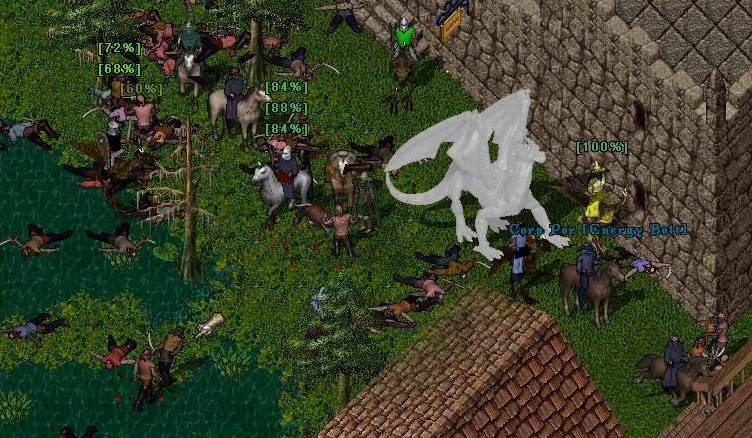 Shadowmire is under attack. Kain is captured. The group eventually arrives at Shadowmire castle.
Last edited by dren on Thu Dec 31, 2015 6:50 am, edited 1 time in total.
Top
Post Reply
Jump to