Here is a video of the boss fight! RIP Drax!

Who got his head? I chopped as soon as his body fell but got the "nothing useful from the corpse" message.
Top

Myrnae wrote:Who got his head? I chopped as soon as his body fell but got the "nothing useful from the corpse" message.

The head couldn't be claimed. The bounty was purely for storyline purpose.

A big thanks to Rose for providing a video of the final battle.

The battle in the Compassion desert raged on all weekend long. On Saturday, the Gargoyles army's lust for blood only grew with each slain comrade. Morale was high for the Gargoyles. It has been said that in the darkest hour of night, eight Gargoyle Inquisitors made their way into the desert to wreck havoc on those who lurked in the shadowy night.


By dawn, the Gargoyle army was gone. Was it because all the humans were hidden within their home, or because they had orders to fall back? 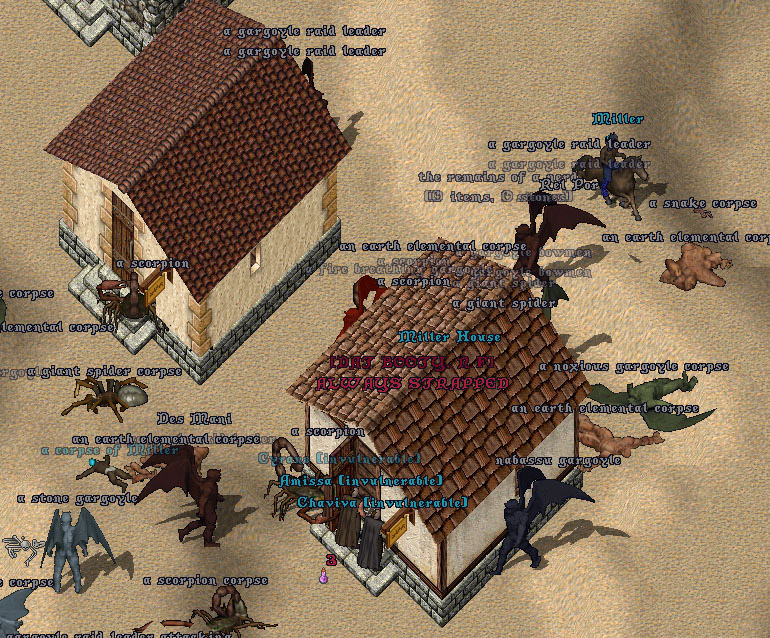 Mid-morning, word got out that slaughtering Gargoyles would defeat the magical barrier surrounding the blood pentagram and many Britannians responded to the call to arms. 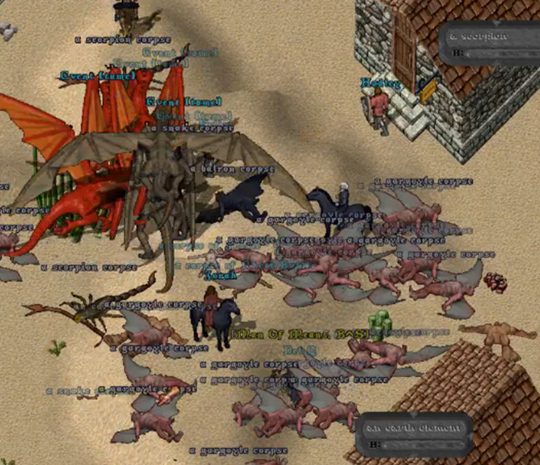 Word got out that Lord Draxinusom would be arriving by the early afternoon. It didn't take long for an army to gather. Wizards and warriors from all around the land were ready to seek revenge for all they've endured these past six months. 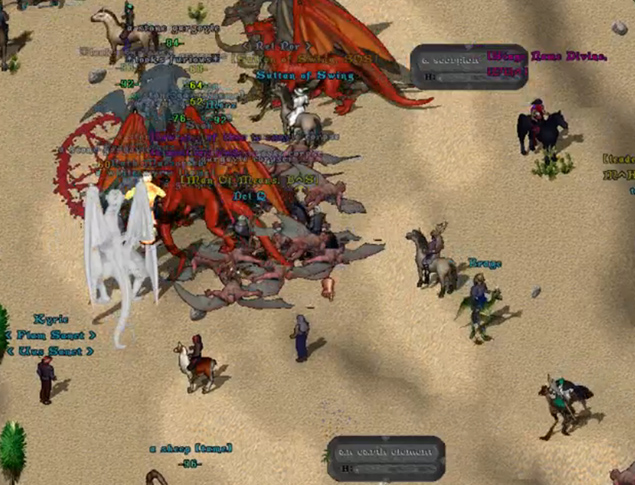 Draxinusom arrived in a great blaze and the brawl began. 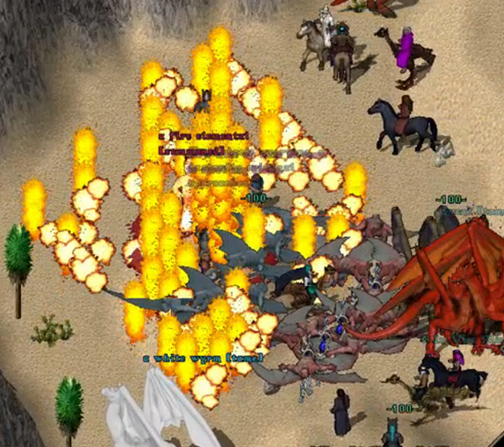 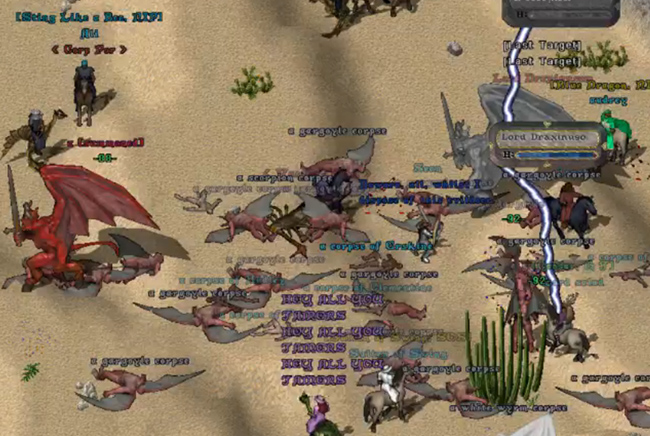 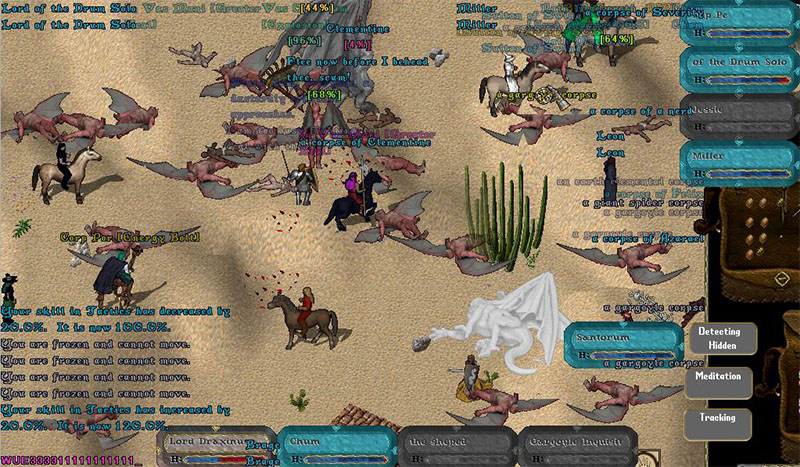 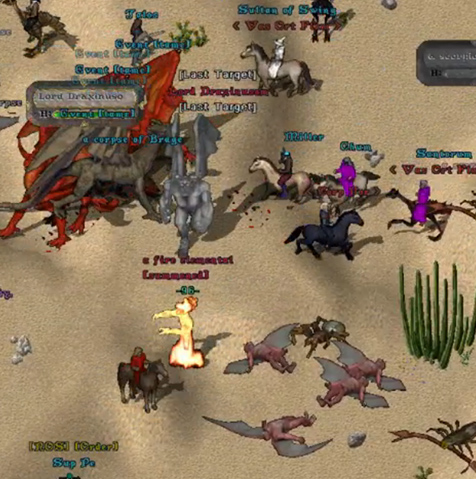 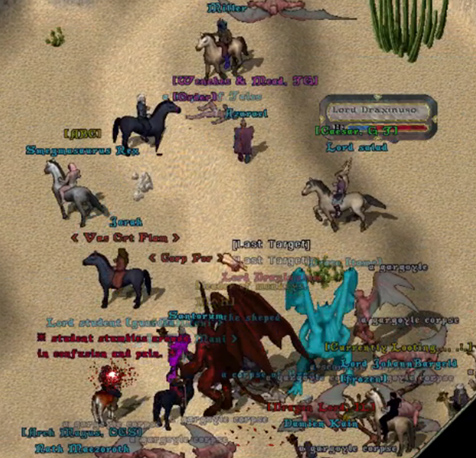 Draxinusom's spells and abilities were like nothing seen before. Conjuring great power, allowing him to banish people from the battlefield or to grapple them. 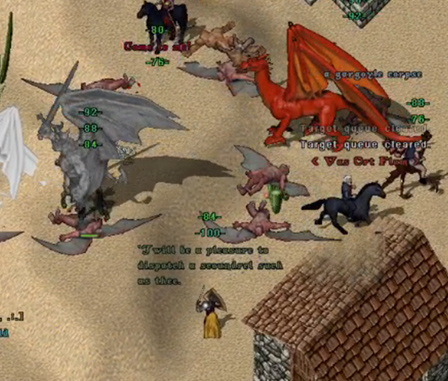 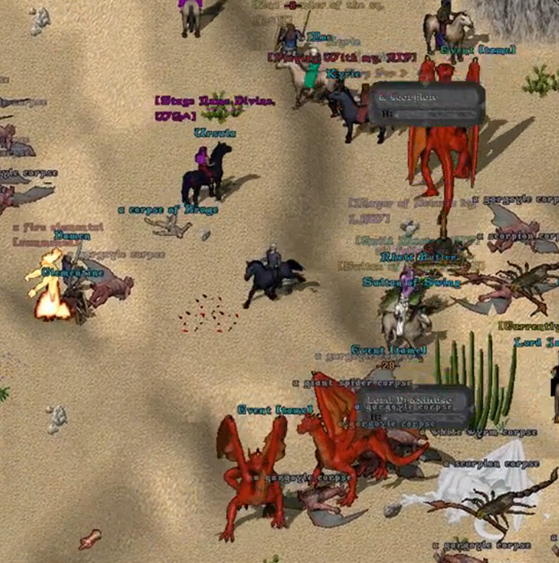 The Britannians kept a constant pressure on Draxinusom, deploying a horde of dragons and summoned fiends. 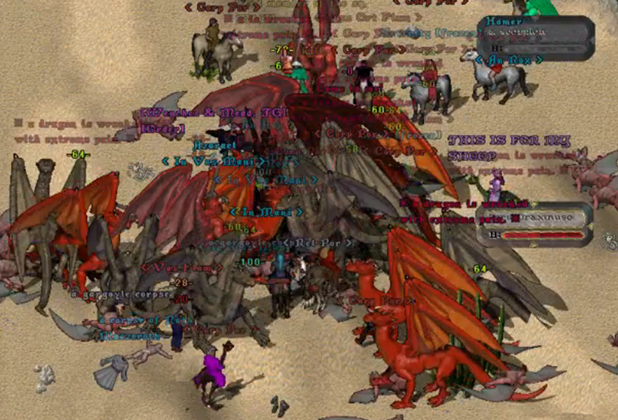 Some say that Lord Draxinusom exploded into a pile of treasure. 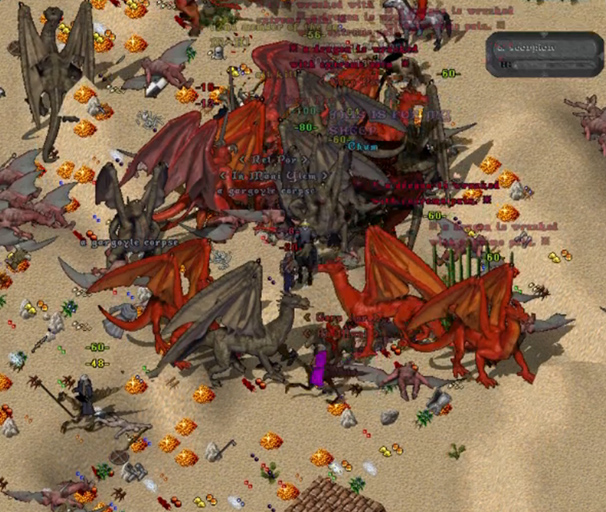 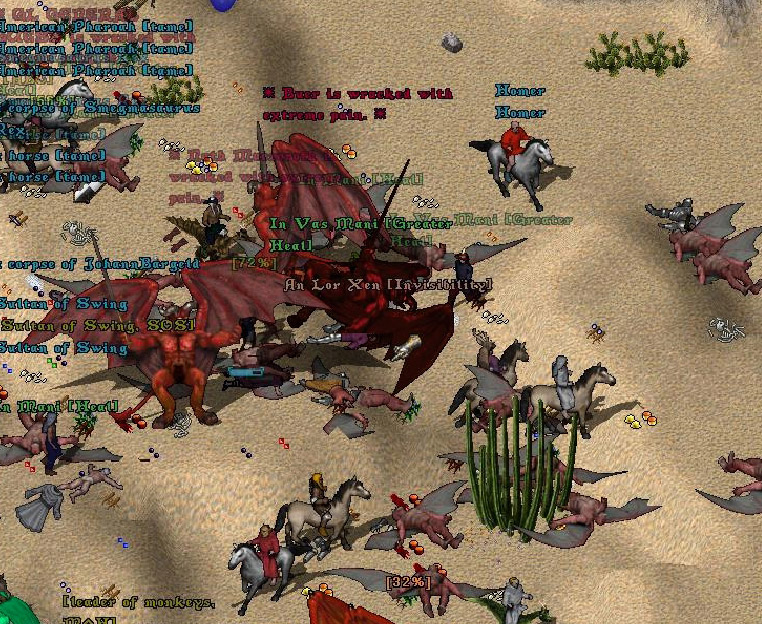 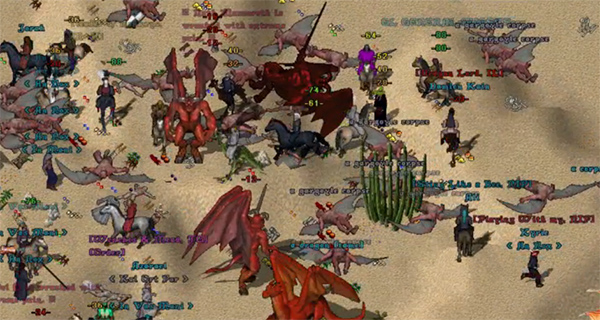 One thing is certain though, Draxinusom muttered these final words:


Draxinusom wrote:"Hoomans! You may have won this time but I shall be back!"

Congratulations to all who participated! You have my envy and gratitude.
Thanks,

It was alot of fun I ended up with about 30 silver. More than half i stole! I even managed to steal some poor guys trophy he had reversed in his back pack.
Yew Bank Mall viewtopic.php?f=33&t=39034
Top